“There are two types of people: people who do backup, and people who will start doing it.”

If you are not backing up your MySQL databases yet, you should start doing it before you lose your precious data.

What do we mean by this? Imagine your disgruntled colleague decides to delete the entire database. But even if you are a dream team, and anyone who has access to MySQL Server is always in a good mood, you are still not protected from unintentional errors. Say you want to delete old data, but instead you accidentally delete your current data. Or a bug pops up in the program that connects to your MySQL Server and corrupts the data in the database. In the case of replication, this action will simply spread to all slave servers.

Backups allow you to avoid such issues. However, there’s a catch. Backing up a large MySQL database can overburden the server. Therefore, such a backup is usually best done at night. Unfortunately, that means that in the event of a failure, you lose data for the entire day. So what is the solution?

Point-in-time backup, sometimes known as incremental backup, comes to the rescue. Incremental backups are backups that copy only the data that has changed since the previous backup. They can be done frequently, as they are small in size and do not overload the server.

Different databases offer different implementations of incremental backups. In SQL Server, this is a differential and transaction log backup. In Oracle databases, this can be done through RMAN. In PostgreSQL, it is implemented through a backup of WAL files.

Indeed, there is a temptation to do one full backup, and then make only incremental backups. However, this is very dangerous. If at least one file in the backup set is damaged, then the entire recovery chain is lost. Also, you need to factor in the fact that the bigger the backup set the more time it will take to recover.

Therefore, even if you make incremental backups, you will need to make full backups from time to time.

Utilities and Tools for Incremental Backups

Ultimately, a backup is a file or set of files. There are three ways in MySQL to create incremental backups. Below is an overview of each of them.

MySQL Server sequentially writes all changes that have occurred in the database to binary log files. Binary logs are included across the entire server in mysql.cnf 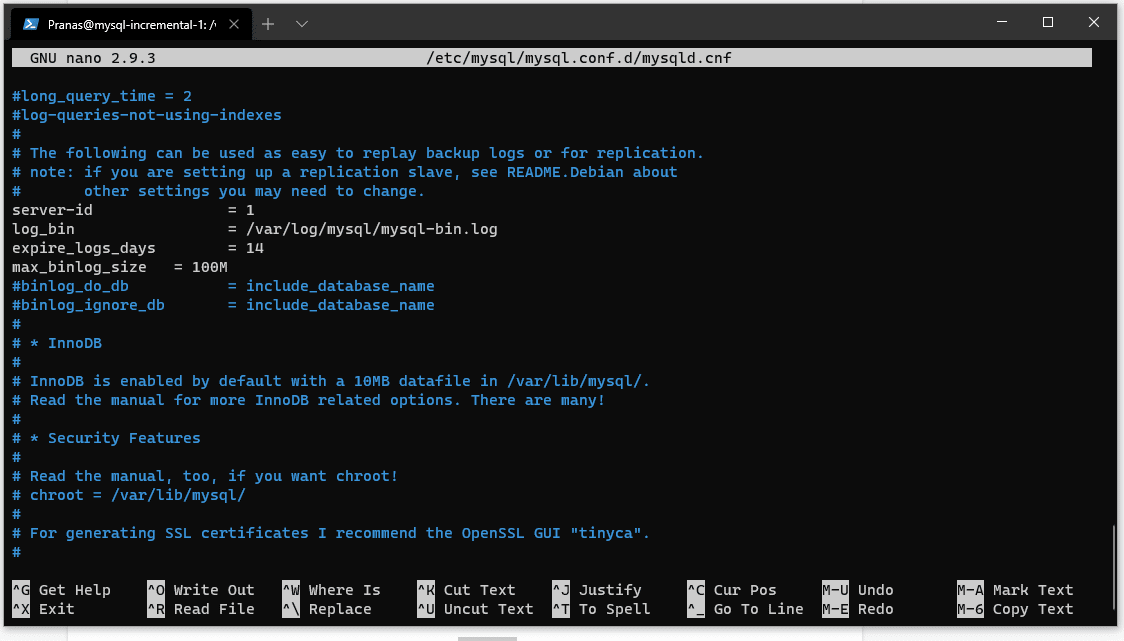 After activating binary logs, files of the type mysql-bin.<Bin log name> will appear in the directory specified in the configuration. You can extract SQL statements from binary logs files using the mysqlbinlog utility.

If you apply the extracted SQL statements sequentially to the database, you can restore the database to any specific date.

To restore you need a full backup created using mysqldump with the ––flush-logs parameter and all binary logs files that were created after that.

Binary log backup is essentially just copying files. However, problems may arise when copying the active binary log file (into which data is being written at the moment). More details on how to set up a regular binary log backup can be found here.

Binary log backup has a number of advantages over other types of backups:

All this makes binary log backup a good solution. However, this method has a few disadvantages:

An alternative to manual binary log file backup is the SqlBak service that monitors the correctness of file copying and does not interfere with replication.

Backup made with Xtrabackup has the following pros:

Creating a backup via Xtrabackup is easier, and restoration is faster than via MySQL binary logs.

However, there are some cons too:

If you are working not with classic MySQL, but with MariaDB, you can use the mariabackup fork.

MySQL Enterprise Edition comes with the mysqlbackup utility that allows you to perform backup and restore operations.

When creating an incremental backup using mysqlbackup, you need to specify values for the ––incremental-base parameter. LSN (Log Sequence Number) must be specified in this parameter. This is the starting point for backup. The LSN value is returned after the backup is done. Alternatively, you can specify the value history: last_backup, and mysqlbackup will insert END LSN of the previous backup. 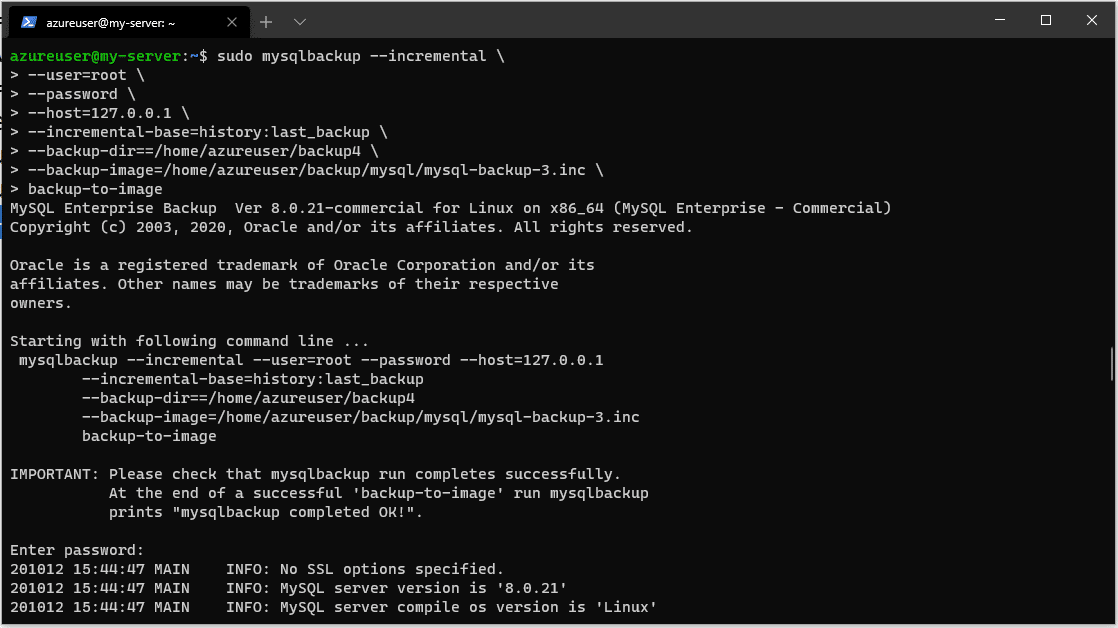 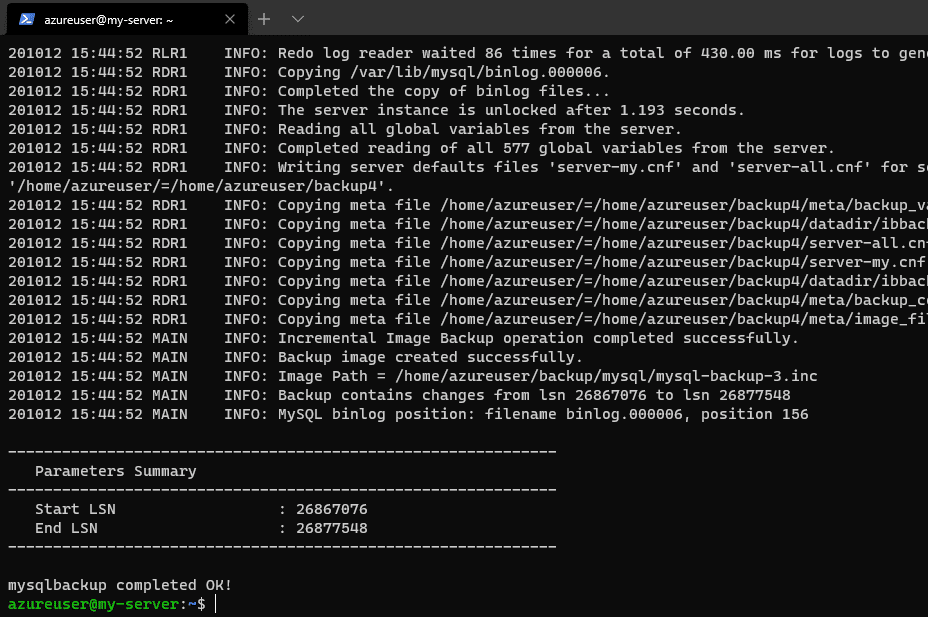 If you specify LSN of full backup, you will actually create a differential backup.

MySQL Enterprise backup is very similar to Xtrabackup, but there are some differences. For example, for mysqlbackup, you just need to specify the LSN number, while for Xtrabackup, you need to save the previous backup on disk. More detailed comparison is here.

For many, the disadvantage may be that this product is not free. And if you only need incremental backups, then buying MySQL Enterprise Edition for mysqlbackup utility may be overkill.

If you create a backup via binary logs, then you need to make sure that binary log files are copied in the correct sequence. For Xtrabackup, you need to keep the previous backup close at hand, and then replace it with another. To backup using MySQL Enterprise Backup, you need to track LSN.

Moreover, creating a backup is not even half the battle. You need to send it to cloud storage and delete outdated backups in time so that the space in backup storage does not run out.

All this can be handled by SqlBak. SqlBak is a service that creates SQL instance backups and sends them to cloud storage. One of the features of the service is creation of incremental MySQL Server backups based on binary logs.

In SqlBak you can create a backup job consisting of the following steps:

To get started with SqlBak you need to install and connect the SqlBak daemon to the server. This can be done with one command that is available here. 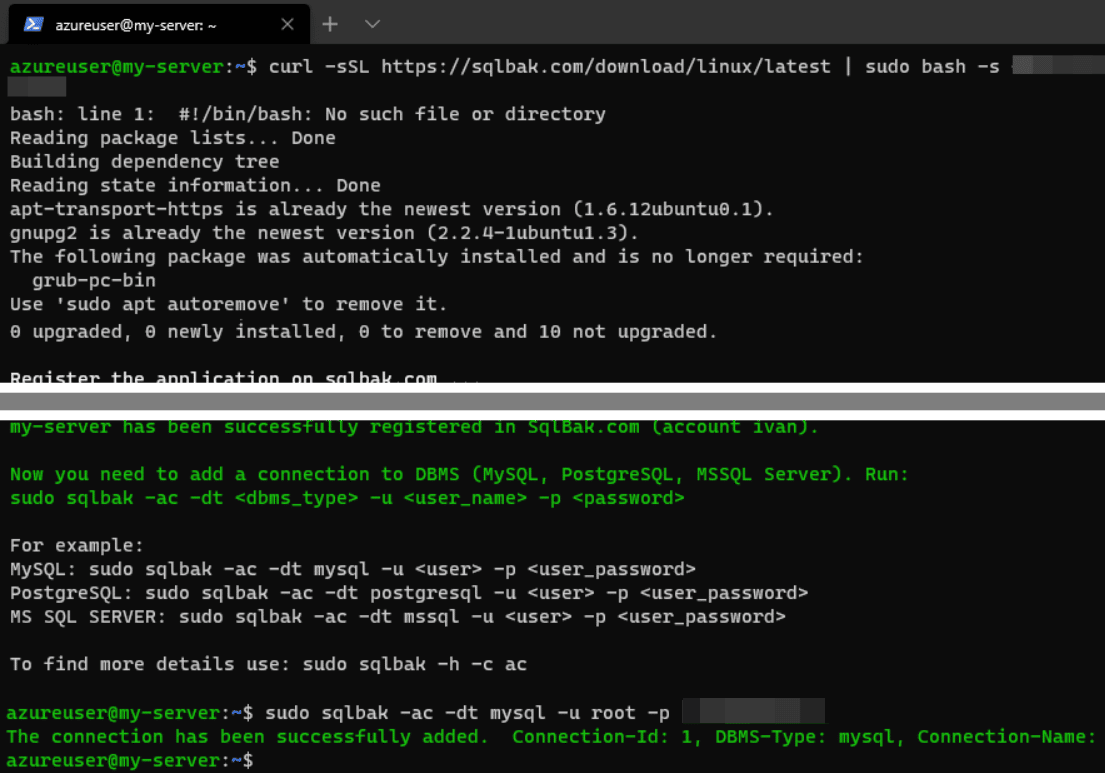 Once this is done, you can create a job and indicate the steps that must be performed.

Then you can save and run the job. 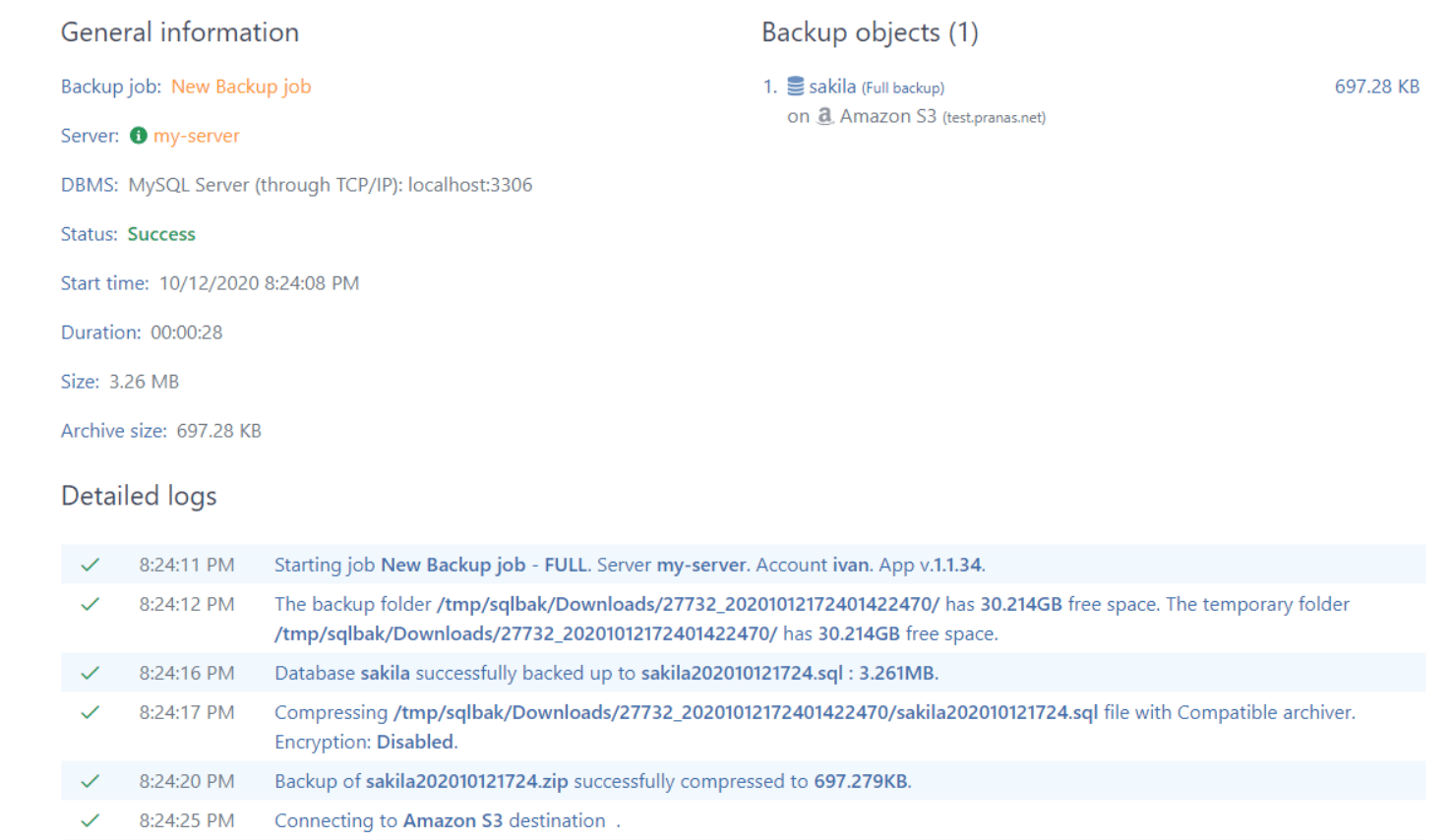 If you have multiple servers, SqlBak also helps manage backups on all servers from one panel.

Regardless of how you do your backups, make sure to test your restore script regularly. The point is not to make a backup, but to perform a restore when everything goes south. Incremental backups are more complex than classic full backups and therefore require thorough testing. Whether you are using SqlBak or writing your own scripts, make sure to check your restore script from time to time.