It goes without saying that as a DBA, one of your most important tasks is to schedule and ensure regular backups of your databases. But by ‘databases’ here, we usually mean your user-created databases. But SQL Server also automatically creates and maintains a number of system databases. So should you also back these up? Well, the answer isn’t a simple yes or no …

System Databases – What Are They?

There are five main system databases: master, model, msdb, tempdb, and Resource. Your configuration may also have an additional one called Configuring Distribution if you have set up database replication, and the server is configured as a replication distributor.

Although the master is the most critical system database, a few of the other system databases are also pretty important and should also be regularly backed up whenever you make any changes that affect them. Read more details on the Microsoft website about which system databases should or should not be backed up, but a quick overview is included below. Note that for the tempdb and Resource databases, backups are not required at all – in fact, it’s not even possible to back them up.

An easier way to do this

Despite the fact that most DBA’s are aware of the criticality of system databases, they usually don’t bother to include them in the backups (especially the master). The main reason is unlike user databases, the system databases don’t change that often, and the DBA trusts his or her memory when they do change – “when I make any major changes, I’ll remember to back up the system db’s.” 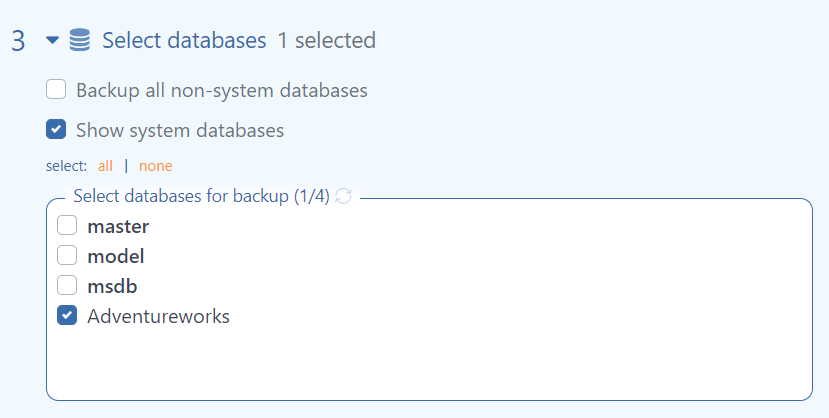