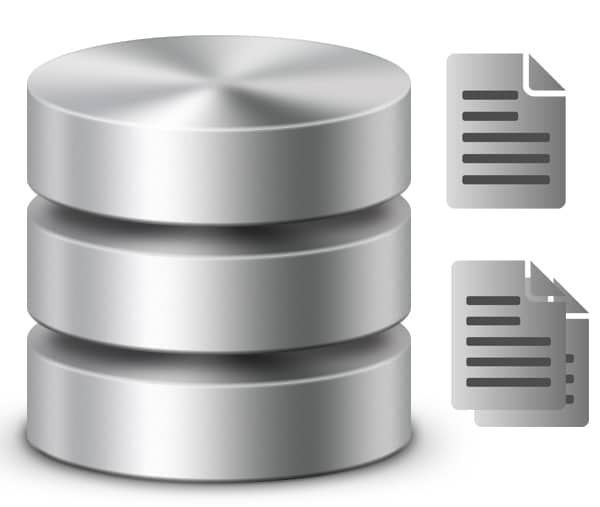 Let’s say you are in a situation in which your database’s size and performance requirements have rendered making a FULL backup of your database less practical.

At this point, you still have options for doing your backup, but in the form of a file backup instead. A file backup will contain all of the data in one or more files (or filegroups).

Before we start to show you how to do this type of backup we want you to be aware of some limitations and restrictions.

Every backup operation will add an entry, by default, in the SQL Server error log and an entry in the event log.

If you will be backing up the log very often, these types of messages will accumulate very fast which will result in immense error logs, that will without a doubt make searching and finding other messages very difficult.

In such a case you can stop these types of log entries by using a trace flag, 3226 in case non of your backup scripts are dependant on those entries.

Back up files and filegroups with SSMS 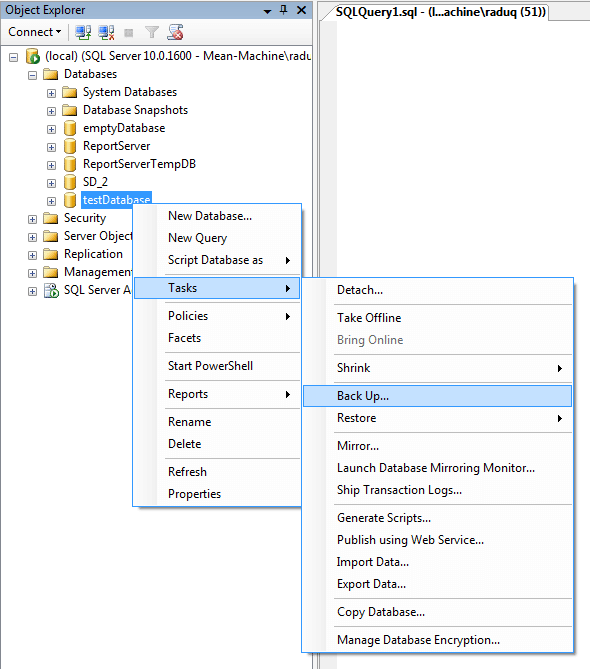 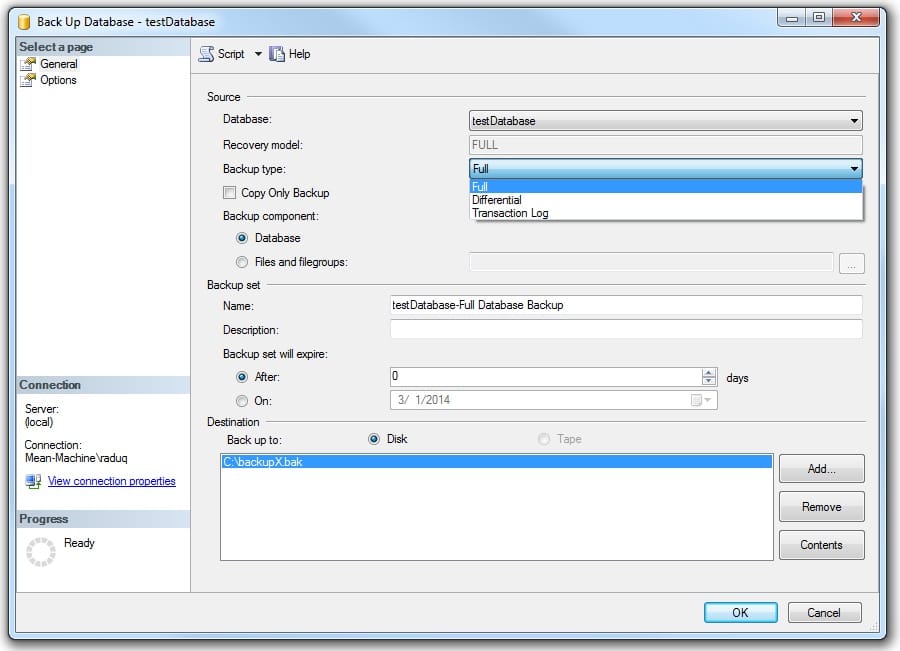 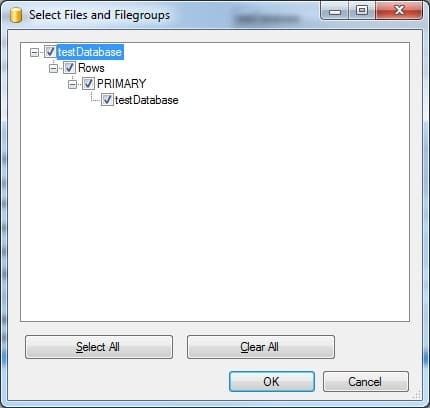 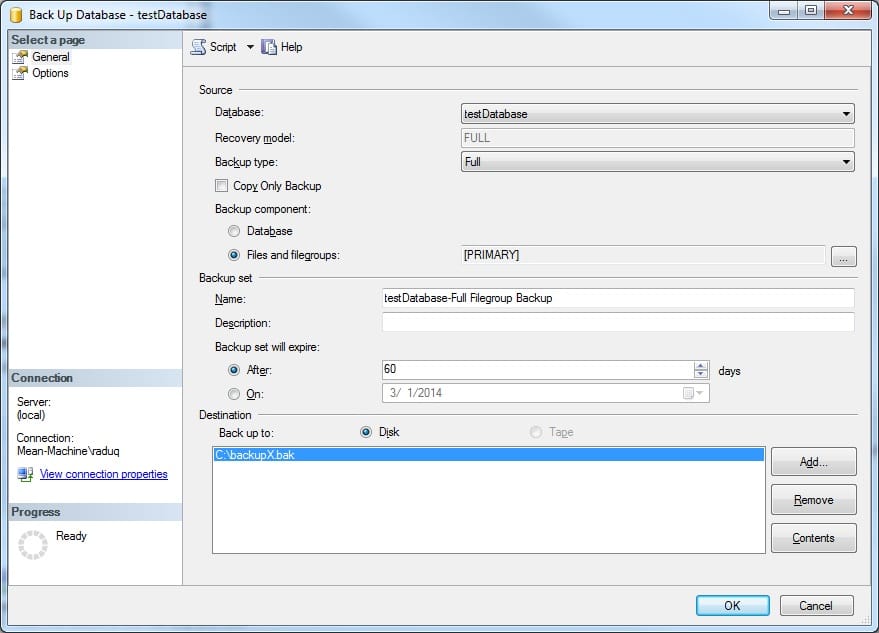 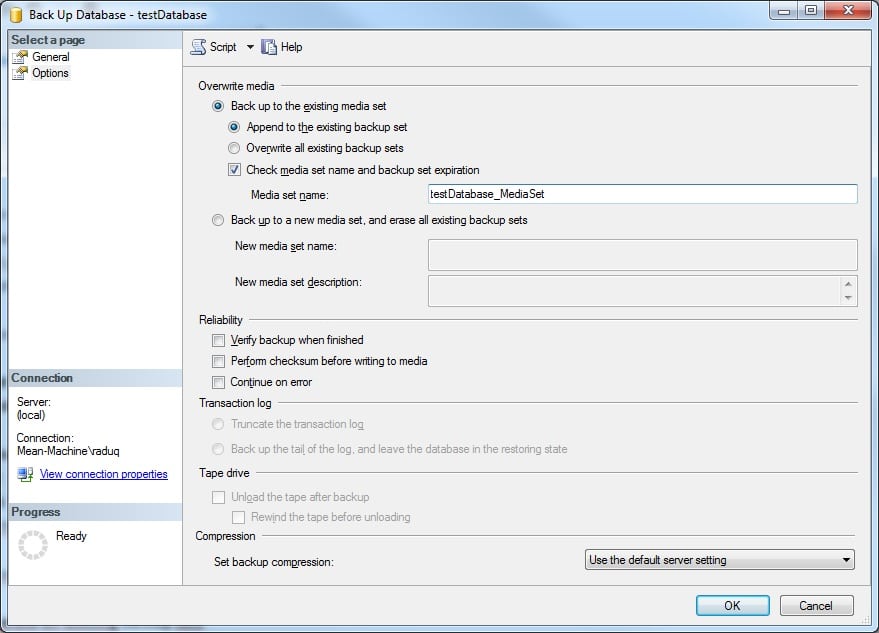 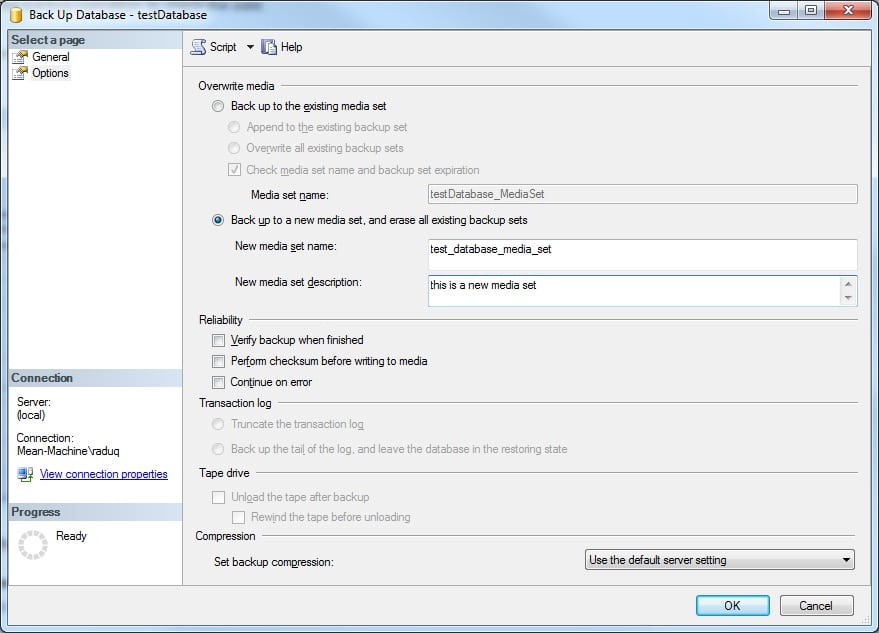 Back up files and filegroups with T-SQL queries

If you prefer to write queries to do this operation then you have this possibility by using the BACKUP DATABASE command along with a few options specifying that you want to back up files or filegroups, as you will see below a few examples.

Assuming we have a database called TestDatabase which uses the full recovery model and contains the following secondary filegroups:

We will present a few query examples for different cases: