Unfortunately, there is no standard or specific feature to backup a table in SQL Server, but there are workarounds.

This can be a very common request from clients, as they might want to backup specific tables from their databases, and as there is no feature in SQL Server that offers this functionality out of the box, then we need to create our own way.

The backup operation of a table is usually done one of two ways, although most people will probably go with the second method.

This will depend on the reason WHY you want to backup the table? There are two questions to answer before deciding/picking the option to go for.

The basic format of this statement is as follows:

This statement WILL CREATE the table called tableCopy, thus you do not have to previously create it. Due to the fact that the statement is a SELECT statement, you can have WHERE clauses if you want to filter your data, or you can add specific columns into your table copy, if not the entire table should be backed up.

This form of backing up a table is not as the traditional method of backing up a database to a file, as it is just a simple way to create a copy of a table, in the same database, which you can later use in the form of a backup. 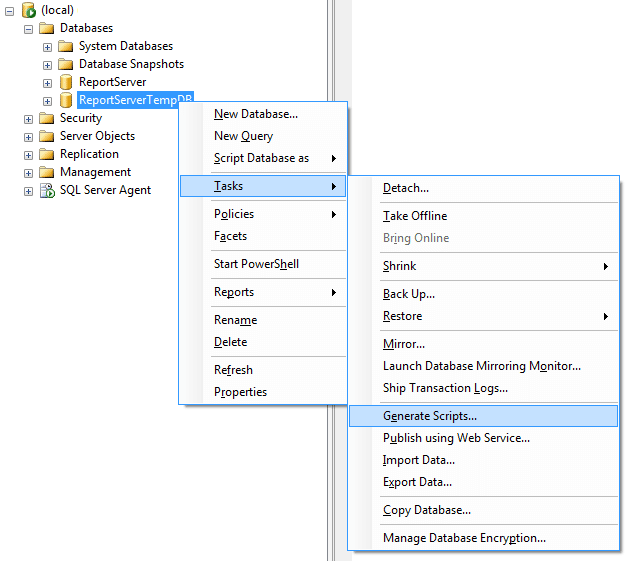 After clicking Generate Scripts, a wizard appears. Select Next past the splash screen and select the database that contains the table you want to back up. 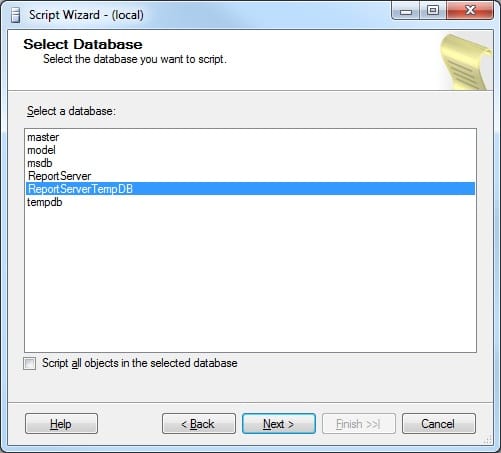 The next screen which appears will be the Scripts Options: 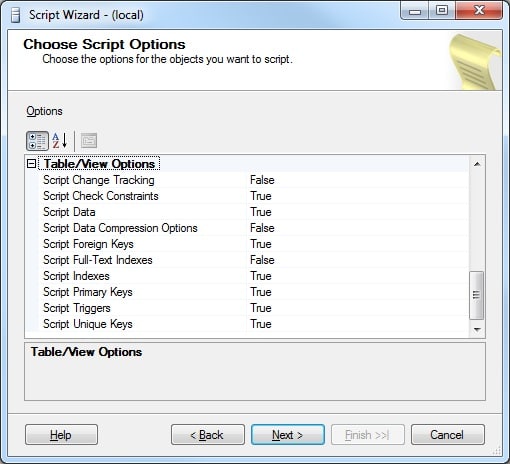 Here you might want to choose, but you are not limited or forced to select, the following options:

As said, you can pick what options you consider are most valuable for your table.

Selecting NEXT we will be presented with the Select-Object Types Screen, where we check the Tables checkbox and hit Next. 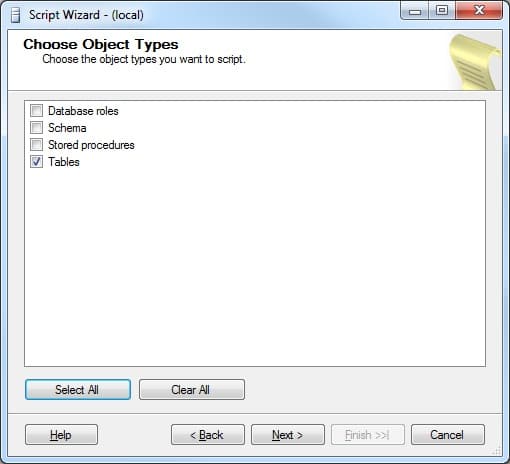 We are now presented with the tables you want to back up. 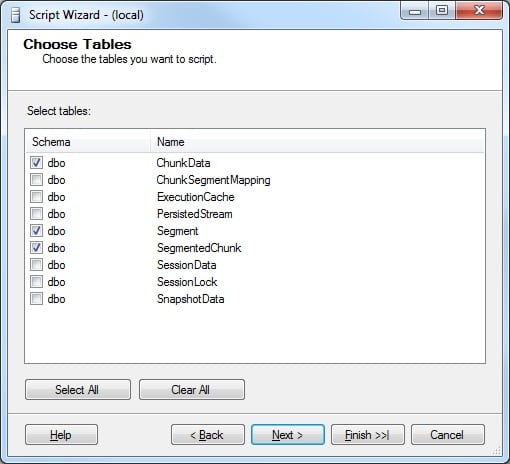 At this point, just check the tables you want to be backed up and press Next.

The last dialog box will provide the medium through which you want to output the backup script to.

If you are backing up a large table, data included, we suggest you output to a file.

Note: If you have created your script file, and then ran it on another system to create the tables and there is no data in the tables, make sure you set the Script Data option to True in the Script Options screen, Table/View section (you can review the steps above).

The first step is common, but from this point on, the wizard is different and the options are named differently and found under other drop-down lists.

You go to the list of databases on your server and right-click the database that you want to back up and select Generate Scripts.

This is the first screen of the wizard, and on this screen we press Next. 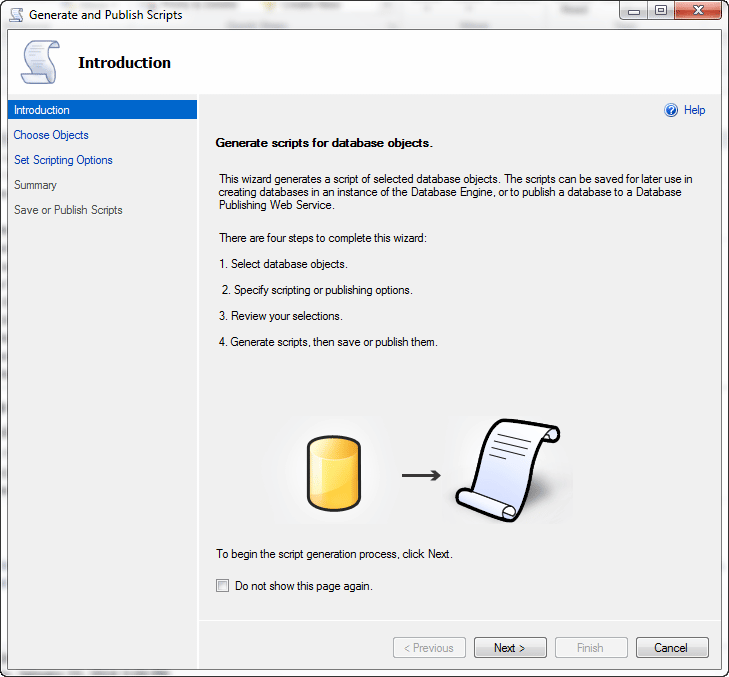 Now we are going to select the object types that we want to export, in our case the tables. We can check this top option to select all tables or expand the tree and select just a few tables. 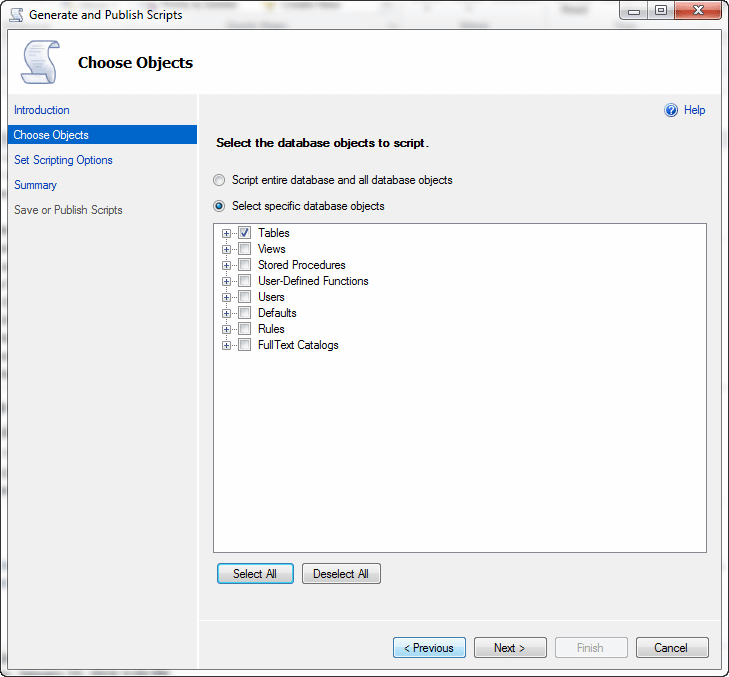 On the following screen, we are going to press the Advanced button, which will take us to the part of the wizard we are interested in. 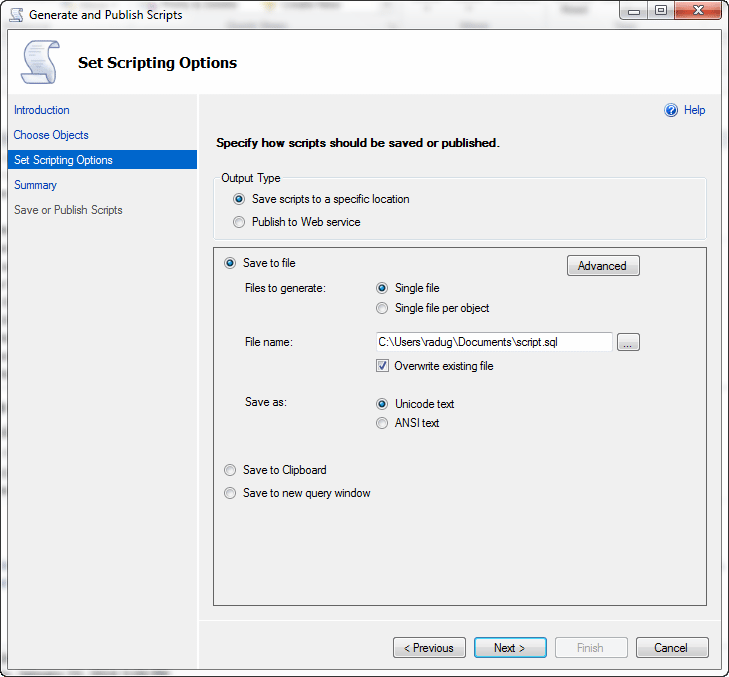 Here we are going to select one of the options under Types of data to script. 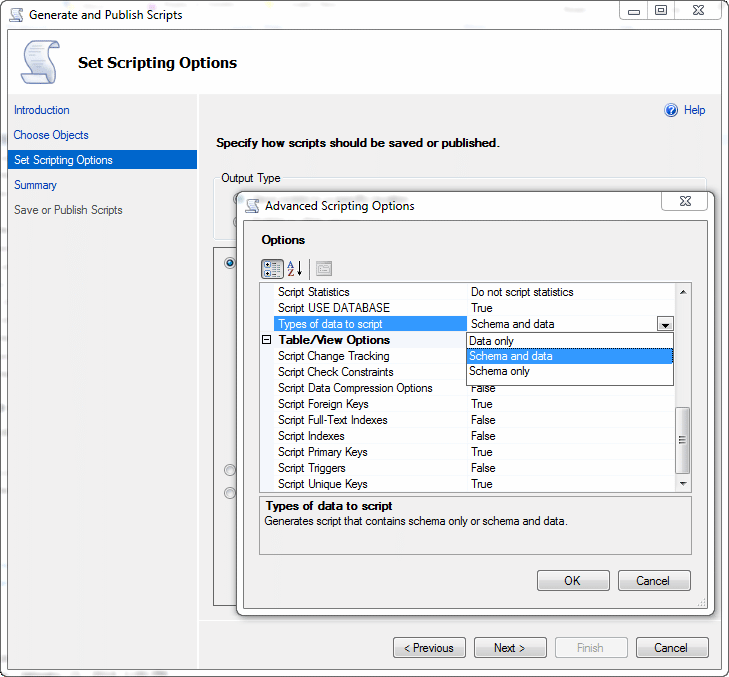 After you’ve selected one of these options, press OK and make sure that you have set up the path where the file will be created.

Then you can continue to press Next until the script file is created.

13 thoughts on “Backup a table in SQL Server – How to”